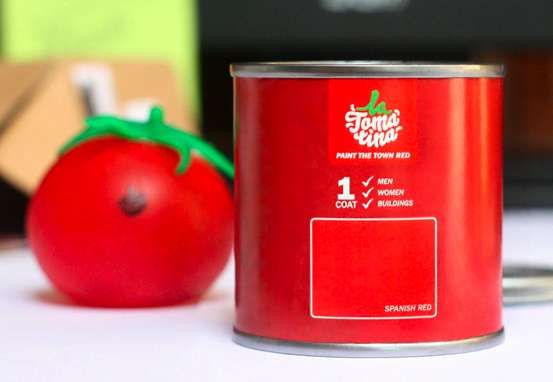 This La Tomatina Campaign Will Paint the Town Red

For almost seventy years, Bunol, Spain, has been rendered red by a city-scale food fight starring the ripe rouge food. Recently, UK graphic designer Chris Cavill took on the task of publicizing this event with a number of clever marketing tactics that rethink the conventional image of a tomato.

It begins with the tin can packaging, which is labeled with a 'Spanish Red' color swatch foreshadowing the eventual state of the urban landscape. This La Tomatina campaign also incorporates cars, street front vestibules and floor tiles with faux tomato spatters in anticipation of the occasion.
6.6
Score
Popularity
Activity
Freshness
Jeremy Gutsche Keynote Speaker