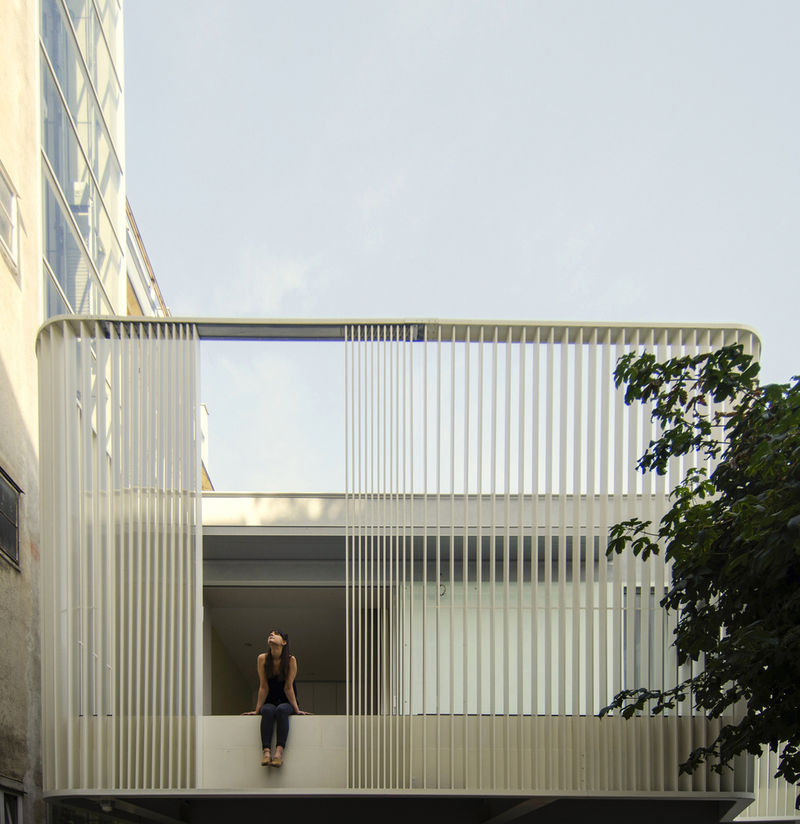 Kutscherhaus is a Refurbished Coachman's Home

Joey Haar — July 10, 2018 — Art & Design
References: archdaily
With an exterior that looks out onto a public courtyard, one might expect Kutscherhaus to prioritize privacy over outdoor space. However, the Viennese home manages to keep views available to the residents while still giving them some space of their own. It has a balcony that gives views of the couryard (which itself backs onto a museum), but 'smartvoll', the architects behind the home, included a series of retractable fins that protect the balcony from views at different angles around the apartment.

The fins on the exterior of the balcony function in much the same way as Venetian blinds, though they don't angle to cut out views entirely. Instead, those fins can be fully retracted to open up the home to light entirely.