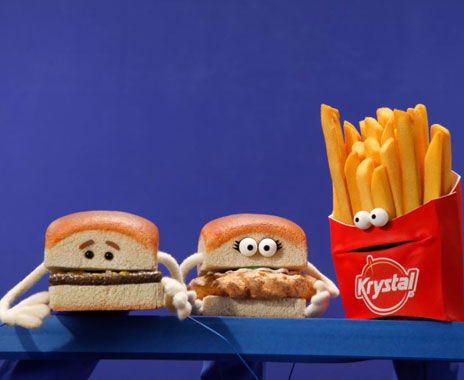 Krystal Puppets Have Been Donated to the Center for Puppetry Arts

The puppets were initially created for Krystal's 2016 'Shun the Ho-Hum' campaign, which featured silly puppet versions of the classic Krystal, the Krystal Chik, and Krystal fries. They were designed by the Jim Henson Creature shop, and they will join hundreds of other puppets at the Center.

Atlanta's Center for Puppetry Arts is the largest non-profit organization dedicated to the art of puppetry. It hosts performances, curriculum-based workshops, and interactive installations in the onsite museum called 'Worlds of Puppetry', and it is also home to the world's largest collection of Jim Henson puppets and props.
4.7
Score
Popularity
Activity
Freshness
Attend Future Festival Virtual