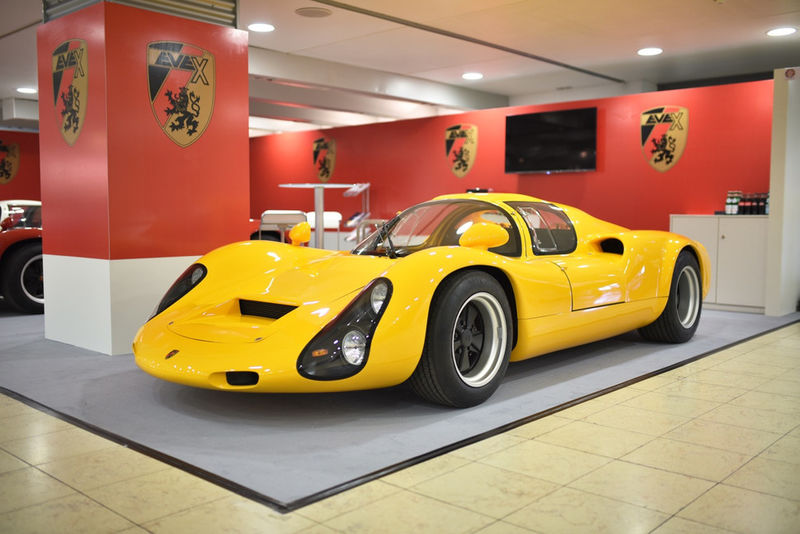 Joey Haar — April 7, 2017 — Autos
References: digitaltrends
Share on Facebook Share on Twitter Share on LinkedIn Share on Pinterest
The Kreisel Evex 910e is a newly released sports car that manages to combine extreme modernity with vintage sensibility. Though its design is reminiscent of the classic sports cars of the 1960s — think Porsche, Ferrari, or McLaren — such throwbacks belie the car's forward-thinking ethos. That's because the Kreisel Evex 910e is in fact an electric sports car powered by a 53 kWh lithium-ion battery pack that can take it from zero to 60 miles per hour in just 2.5 seconds.

The vehicle was directly inspired by the Porsche 910, which first debuted as a professional race car in 1966. Kreisel, an Australian company that specializes in electric powertrains, teamed up with Evex, a company that makes replica Porsche 910s, to craft the luxury sports car. Amazingly, the 910e packs more power in its electric motor than the original 910 did using gas power.
4.9
Score
Popularity
Activity
Freshness
View Innovation Webinars