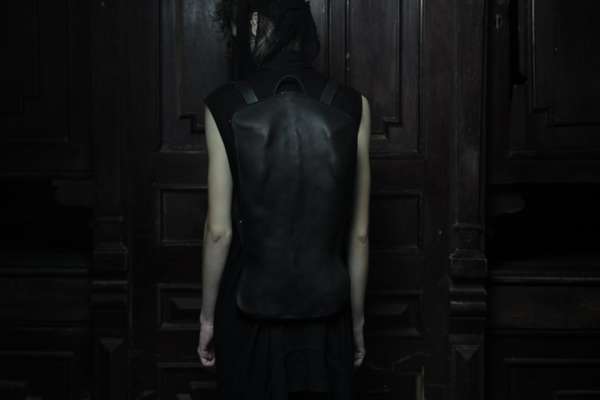 Olivia Chow — May 5, 2013 — Fashion
References: kofta.ua & fuckingyoung.es
Share on Facebook Share on Twitter Share on LinkedIn Share on Pinterest
Never did an embrace from an inanimate object look so cool than with Kofta’s F/W 2013 collection titled 'Hug.' One way this is achieved is by taking prosthetics, delicately sheathing them in black leather, and strategically placing them on various accessories.

With other pieces, the show of affection is even more nuanced. Sometimes it’s a bag made of over-handled leather that’s contoured to complement the way it would be grasped. Other times the item has four points that somewhat resemble arms, and these points (almost like a baby) wrap itself around the wearer.

Although Kofta is known for his obsession with surrealism and the exploration of beauty, this was actually the first collection where Konstantin Kofta (the artistic genius behind the label) let emotion lead rather than the physical form. Nonetheless, his execution is pretty effective. He manages to take a human desire most people selectively display and make an argument for wearing it on their arm.