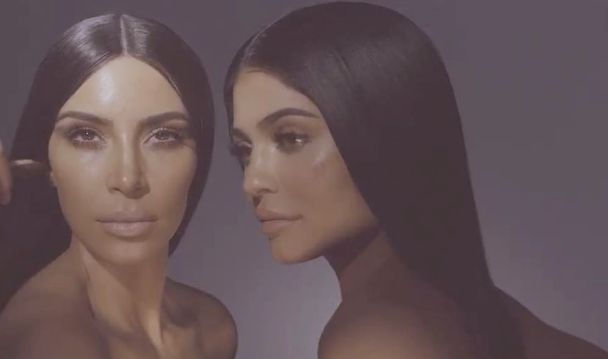 Kim and Kylie are Joining Forces for a Makeup Collection

Although not much information has been provided by the socialite so far, POPSUGAR has speculated that the Kim and Kylie collection will include a variety of new limited-edition lip kits, brow-shaping formulas, and contouring products.

The teaser that was uploaded to Kylie's Instagram shows the two sisters getting their makeup done while being photographed. The two are shown applying nude lipstick shades, while the camera's light shows off their glowing complexions. While no official release date has been given as of yet, fans can expect to see the Kim and Kylie collection launched in the near future, as the videos's caption reads "COMING SOON."