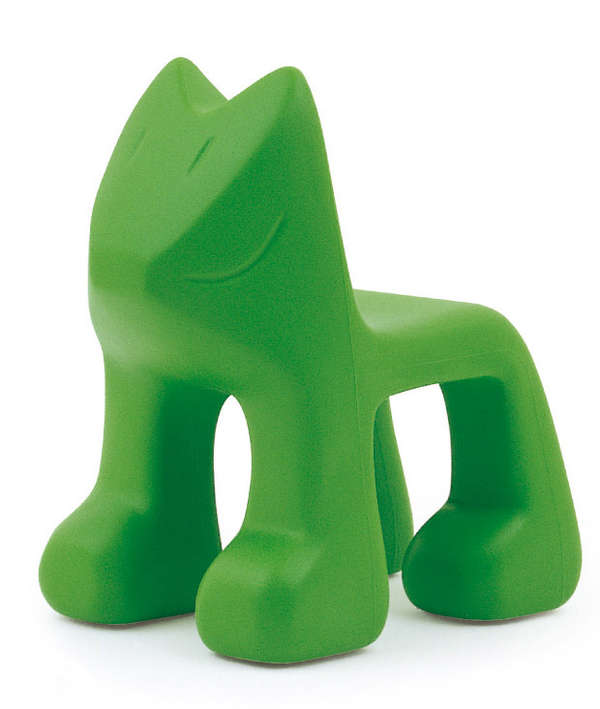 Jen Chae — July 6, 2013 — Art & Design
References: mariscal
Barcelona-based design studio Mariscal translates classic Spanish comic characters in the form of 3D children's chairs. Mariscal effectively mimics the cartoon characters' outlines, as well as facial expressions. The cat chair is smiling only on one side of its face, which is the look that the grinning cat of the comic strip often had.

The seats resemble the main cartoon characters of Los Garriris, which was illustrated by renowned Spanish artist Javier Mariscal. These characters are said to be Disney-inspired.

The design was included in a furniture collection by Magis. It is designed to be a multi-functional piece, not only playing the role of a plastic chair, but also anything else a child’s imagination wants it to be. The comfortable stools would make a playful addition to home.
1
Score
Popularity
Activity
Freshness