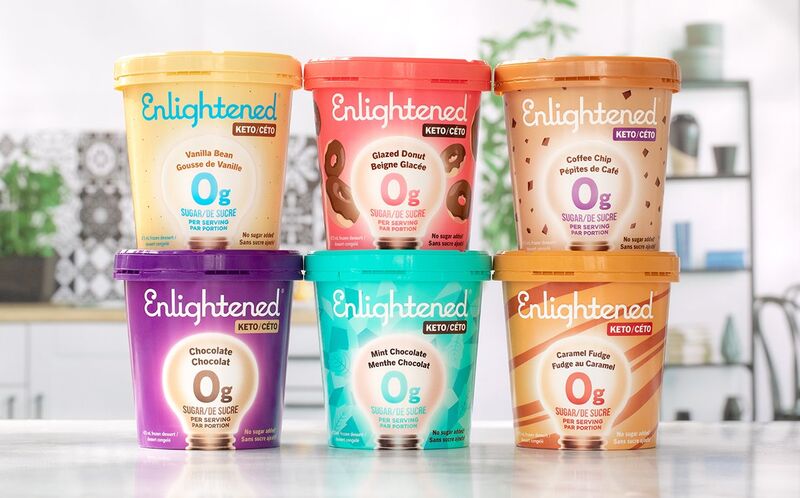 These Enlightened Keto-Friendly Ice Creams are Coming to Canada

The zero-sugar ice creams are being launched in a range of exclusive flavors for the Canadian market including Mint Chocolate, Coffee Chip, Caramel Fudge, Vanilla Bean, Glazed Donut and Chocolate. Each of the ice creams are made with natural sweeteners including monk fruit, erythritol and xylitol, and will thus not spike the blood sugar of the consumer, according to the brand.