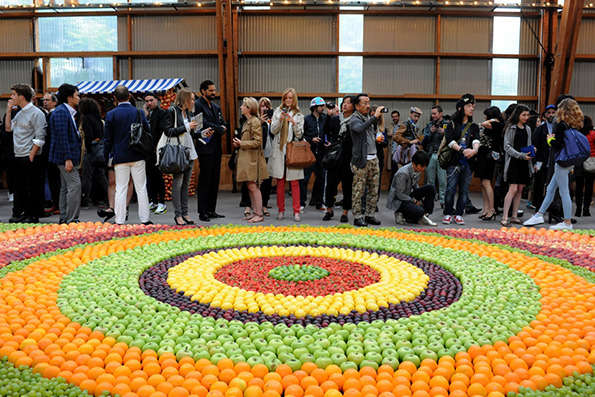 The Kenzo 2014 Menswear Preview Displayed a Rug Made of Fruit

This rug was very large and made out of a variety of different fruits including bananas, apples, lemons, limes and strawberries. Since there was a such a variety, the carpet was colorful and perfectly symmetrical; there was not one fruit out of place. Even though spectators were there to watch a preview of the new Kenzo line, the spectacle of the carpet was too much to pass up, and many participants spent some time staring at the intricate work. This Kenzo 2014 Menswear line showcased that not only are the clothes you are displaying important, but so it the overall theme of the event.
5
Score
Popularity
Activity
Freshness
View Innovation Webinars