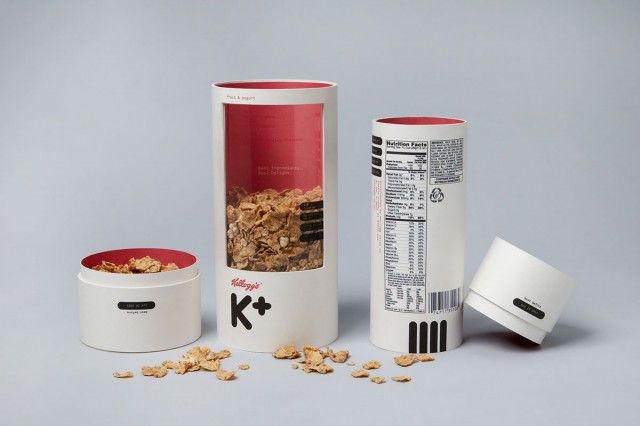 Meghan Young — June 30, 2015 — Art & Design
References: portfolios.aiga.org & fubiz.net
Cereal has been sold in the same rectangular box for decades, yet one graphic designer has decided to rethink the design -- specifically for Kelloggs Special K. Mun Joo Jane, who is based in California, creates two concepts: one that takes on a transparent cylinder package and another that mimics the look of a milk carton.

The first redesign of the Kelloggs Special K package is transparent both figuratively and literally. Not only can people see the content of the vessel from the front, there is also measurements included to help people eat the proper portions. The second design of the Kelloggs Special K package is much more playful. Both are not only eye-catching, but stylish as well.
3.9
Score
Popularity
Activity
Freshness