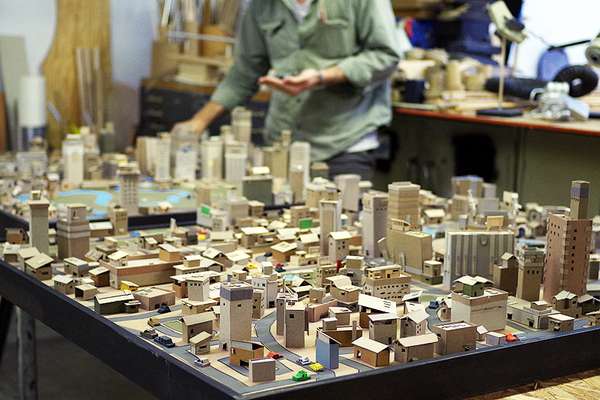 Known for his work with paper structures, Johnson uses scraps of paper and corrugated cardboard as his medium. He has intricately developed a miniature cityscape that contains various life-like structures. From power lines to culture zones, this Paper Metropolis has it all. He even has miniature automobiles in varied styles and colors that surround the city.

Working out of a studio in El Sereno called Hyperbole Studios, Johnson has received wide recognition for his work and has even appeared on TED.