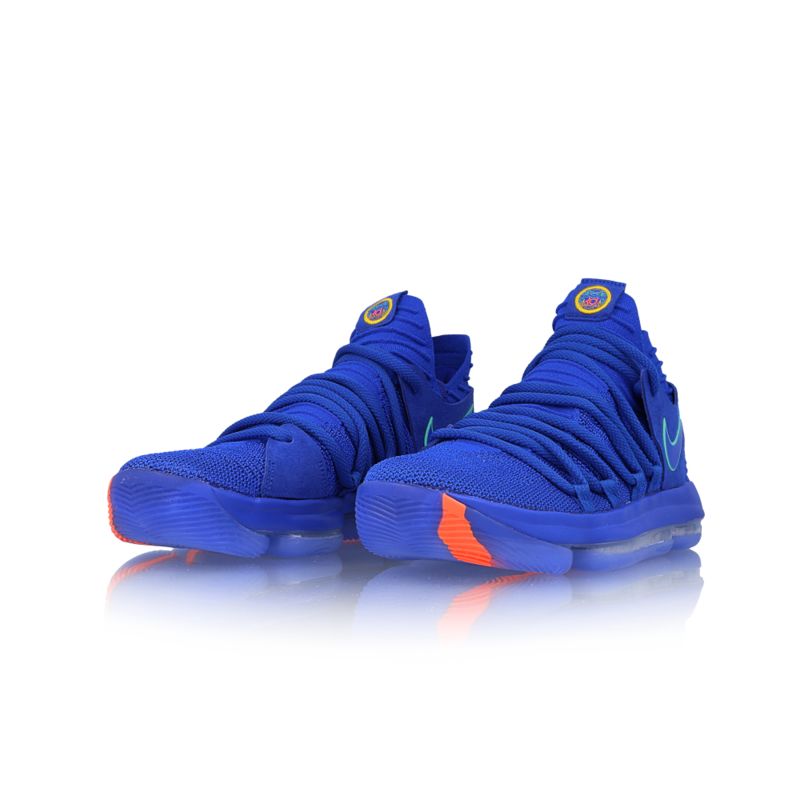 Joey Haar — December 28, 2017 — Fashion
References: kicksstore.eu
Share on Facebook Share on Twitter Share on LinkedIn Share on Pinterest
The time to complain about Kevin Durant's migration to the Golden State Warriors, the best team in the league at the time and now an unstoppable and joy-destroying juggernaut, has long since passed, so the best recourse is to ogle over the new KD10 City Edition basketball shoes from Nike. The vibrant blue shoes feature a durable, springy sole, gaudy splashes of color, and a tongue with an flowing drawing of the Golden Gate bridge.

The KD10 City Edition kicks come in conjunction with the recent announcement of City Edition jerseys for all 30 teams in the NBA. The Nike project set out to design jerseys that speak to the specific flavors, cultures, and concepts associated with each NBA city. Considering the massive impact of Chinese, Japanese, and Korean culture on San Francisco and the Bay Area, its no surprise that the KD10 City Editions highlight Asian styles.
3.8
Score
Popularity
Activity
Freshness
View Innovation Webinars