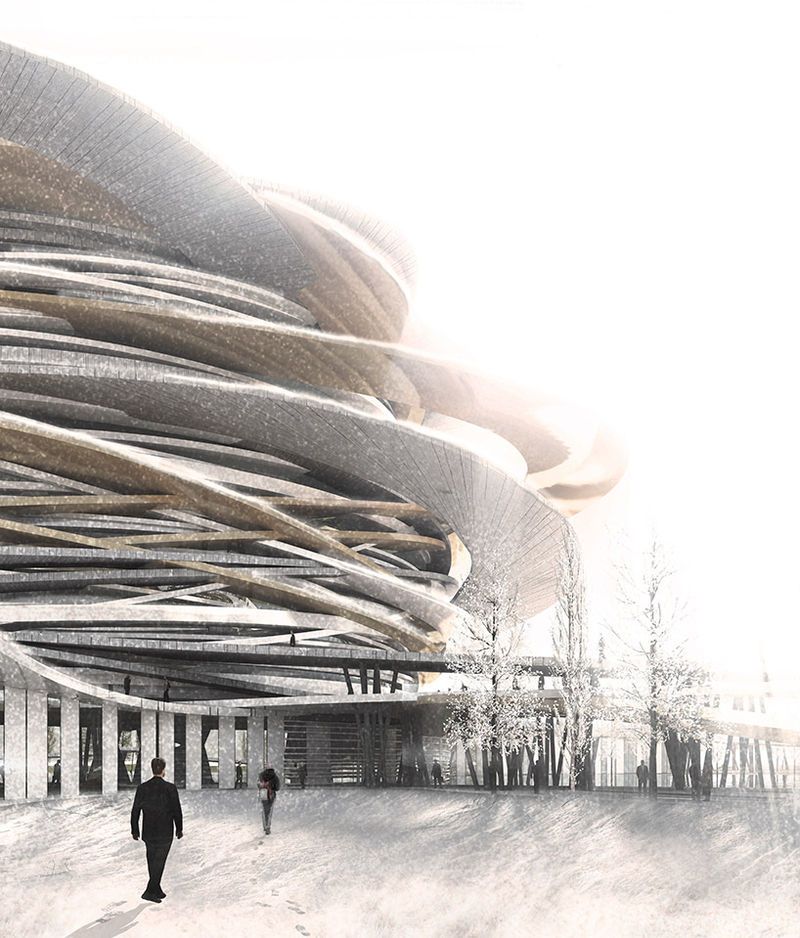 The entire design is spherical in nature, with large rings that jut out at irregular angles. According to DesignBoom, "a series of walkways, paths, and strips connect the building to the landscape where it is located, metaphorically representing a patriotic attachment to the country." The building is like nothing built before, making it a memorable structure that will hopefully serve as a symbol of development for the country.

The designers certainly went with a forward-thinking design for the Kazakhstan National Pantheon, which will hopefully encourage visitors to the area.