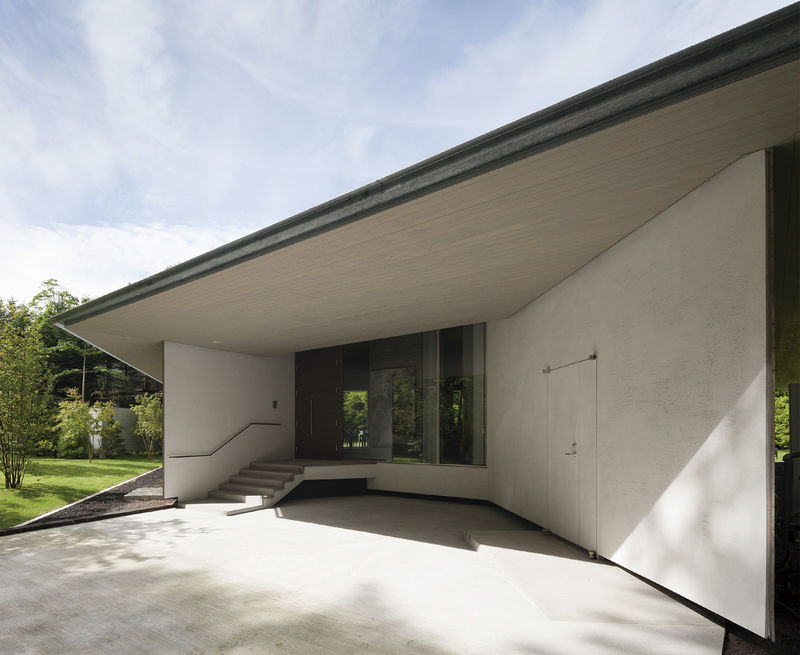 'Karuizawa Tunnel' is a House in Japan's Nagano Prefecture

Joey Haar — December 29, 2016 — Art & Design
References: ofda.jp & archdaily
Share on Facebook Share on Twitter Share on LinkedIn Share on Pinterest
Karuizawa Tunnel, a vacation home in Japan's Nagasaki Prefecture, has a striking, low-profile roof that causes it to stand out from its surroundings despite the house itself being only a single storey. Karuizawa Tunnel's roof has acutely sharp angles and an offset roof gable that give the roof as a whole a geometric shape reminiscent of scalene triangles.

Though Karuizawa Tunnel is located within a neighbourhood, and indeed its lawn abuts a local street, the backside of the vacation house faces into a forest. In order to maximize the house's connection to the natural world, the architects chose to have the house open up onto this forest on the south side of the property. This opening resembles a megaphone, though its effect is a visual one as opposed to a sonic one.
4.6
Score
Popularity
Activity
Freshness
Jeremy Gutsche Keynote Speaker