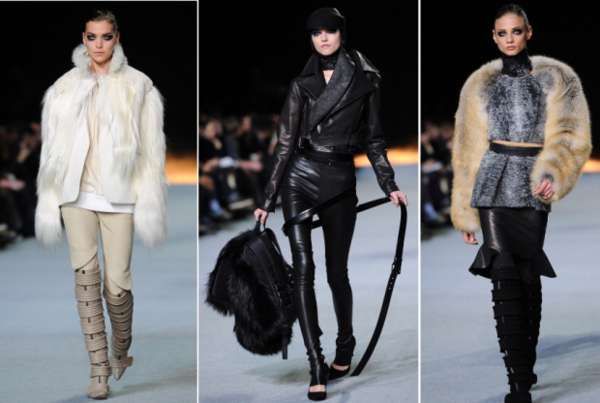 Top models including Karlie Kloss and Carmen Kass walked in the Kanye West Fall 2012 show, which is reported to have actually had fittings this time. Last season, Kanye did not hold fittings for the models beforehand and the ill-fitted facet of the garments was one of the largest criticisms of the show. While his second attempt was still far from well-received, it seems to have gone over better than his first.

The Kanye West Fall 2012 collection, officially called DW (his late mother's initials), featured lots of fur (including a huge fur backpack) and a lot of black leather. There were mesh bootie heels and knee-high leather boots with lots of straps that seem to be the favorite item in the collection.