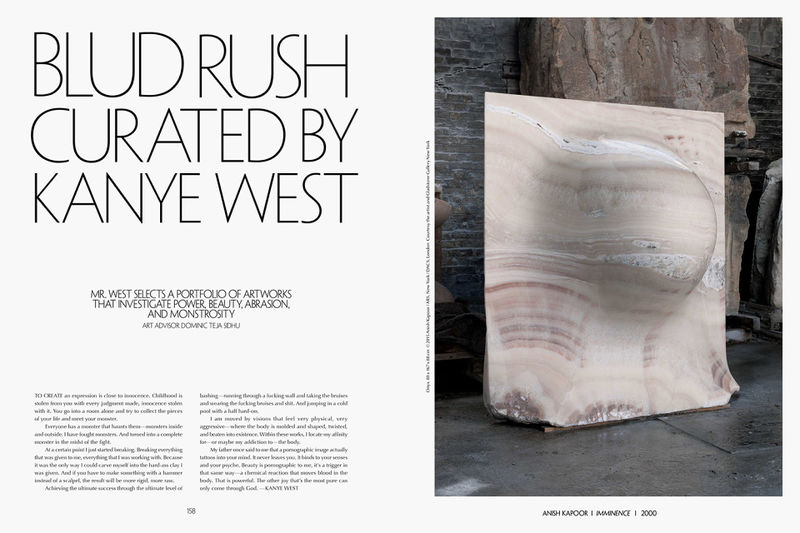 Rebecca Byers — March 24, 2015 — Fashion
References: highsnobiety
Share on Facebook Share on Twitter Share on LinkedIn Share on Pinterest
A new spread in Issue 6 of CR Fashion Book features Kanye West as curator in a selection of work collected under the title 'Blud Rush.' Revealed in a teaser photo by CR Fashion Book, multidimensional artist West contributed an essay to accompany images of artwork by the likes of Richard Prince, Anish Kapoor, Paul McCarthy, and Cecily Brown.

Inspired by the Issue 6 theme of jolie laide, a French expression roughly translated to unconventionally beautiful, West selected works that champion the theme of brutality.

The convergence of hip hop and fine art is not new, given Jay-Z's love of Picasso, but it is a curious pattern. Drake will be curating the music for an interactive exhibit at Sotheby's in spring 2015.
2.8
Score
Popularity
Activity
Freshness
Get Better and Faster