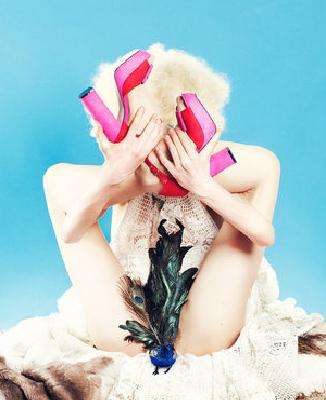 This Justine Szczepanczyk Series is Edgy and Eccentric

Josh Triantafilou — June 15, 2012 — Naughty
References: fashionserved
Justine Szczepanczyk is a student at the state academy of arts in Stuttgart, Germany whose recent series 'Traumgestalten III' should get him some recognition.

The photography is unabashedly odd. Underscoring this strangeness, Szczepanczyk introduces the series as "the wise virgin of the nameless." It follows a single model attired in a variety of clothing, ranging from outfits one would see on a street corner of ill repute to flapper-era blouses. Yet the model's poses are what is perhaps most strange in the series.

From dispondant stares to contorted sitting positions, the model comes off as a little more than eccentric. This is highlighted by enigmatic phrases that Justine Szczepanczyk intersperses between the frames. One reads: "The mistress of the nothingness and the tide of tears Sea."
3
Score
Popularity
Activity
Freshness