Balancing the Innovative with Traditional 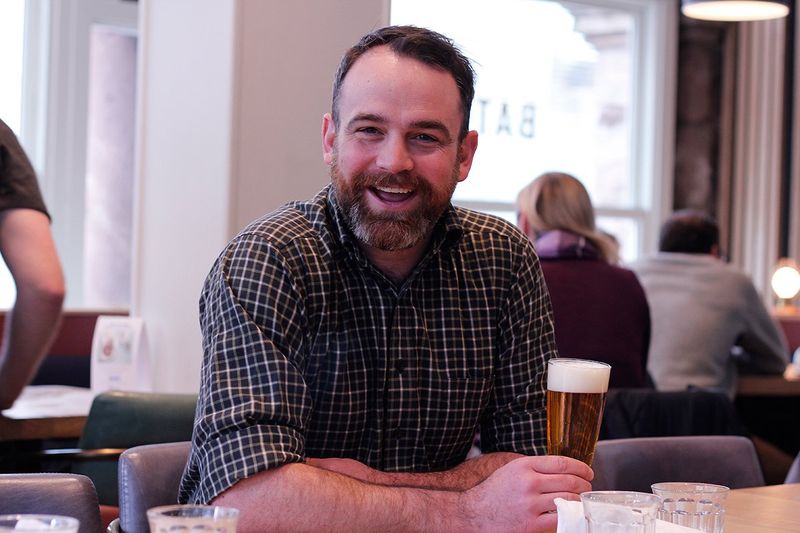 Ellen Smith — August 9, 2018 — Lifestyle
References: instagram & linkedin
Share on Facebook Share on Twitter Share on LinkedIn Share on Pinterest
In light of International Beer Day, Trend Hunter had the opportunity to chat with National Beer Educator and Culture Manager, Justin Lamontagne of Molson Coors to gain a deeper understanding on what we can do to optimize our enjoyment this holiday. In addition to offering an in-depth history of the beer market, explaining the growth of the craft beer sector and detailing the rise of the IPA, Lamontagne offers his expertise on beer and food pairings and reminds readers that International Beer Day is about connecting, socializing and having a good time.

Tell us a little bit about yourself and your role.

My name is Justin Lamontagne, I’m the lead beer educator for Six Beer Pints which is the craft innovation sector of Coors, but I really work with a large portfolio - I love all my children. With the explosion of the craft beer scene, people are wanting to know more about beer, styles and how to get the most out of a drink. So my job is amazing, I essentially get paid to get excited about beer.

As Canadians we feel as though beer is our national beverage. It’s the number one consumed beverage in the country, so Canada and beer goes hand-in-hand but people don’t really know the little nitty-gritty details about beer. So I try to close the gap between information and application. I want to raise the bar on the appreciation of beer.

What are some of your favorite pairings?

My favorite combination is beer and cheese because it’s so encompassing. Cheese offers this wonderful microcosm of food. There’s plenty of synergy with beer and cheese. They say what grows together goes together and historically, the goats, the sheep and the cows that are being used to produce our cheese are eating the same barley that we brew in beer. Beer is inherently sweet while cheese is inherently salty so you’ve got a contrast. My personal favorite, is that if you take the word cheese and combine it with the word beer, you get cheers. So, really cheese and beer is woven in the fabric of our language. Some of my go-tos are a nice amber lager, like Creemore lager which goes wonderfully wish a soft-ripened wash rinned cheese such as a Saint-Paulin. Any dark beer goes well with any blue cheese - Murphy’s Irish Stout and St. Agur blue cheese are heavy weights but the flavor pairings tap dance all across your palette, they balance each other perfectly. Another really fun one is fruit-forward beers with goat cheese. The last one I’ll recommend is an IPA and a sharp cheddar. The bitterness from the IPA loves the sharpness in cheddar. So a Lagunitas IPA that has these notes of mango and stone fruit and peach and caramel.

What would you say to people who don’t like IPAs?

When people tell me they don’t like IPAs, I recommend they try it with a cheddar and more often than not that person develops a deeper appreciation for the drink. Lagunitas in particular is the commercial god father of the craft movement. It’s the number one IPA in the universe as far as I’m concerned, but it’s the number one in the states, and no one drinks more IPA than them. This isn’t just me talking as a guy who works at a brewery, this is me talking as a beer-lover and I just love the balance of that beer. It’s an IPA at its core, but it’s not a slap in the face, it’s got a beautiful balance.

Is it important to be experimental or innovative when it comes to beer pairing, or the beer industry in general?

The evolution of the craft beer market has taught people that beer can do all these wonderful things that they may have not previously associated with the drink. So, there is this need to be innovative and to try new things. I joke with people and say that everyone’s favorite beer is “new,” because that’s what it’s all about right now - what’s new, what’s fresh, being the first of your friends to try something and seeing what we haven't seen yet. That’s really great and exciting, but in order for breweries to be successful, you need to balance that newness with a core lineup of traditional. People are eventually going to get palette fatigue and they're still going to want something exciting, but after exploring they'll want to go back to something consistent. So you can push the boundaries with certain beers, but we have other trusted classics like Coors Banquet, that’s something for everyone. You need something that’s a mix of new and traditional and we’re always looking to really push those boundaries. So we want to innovate while consistently delivering that core line of products that people are looking for.

With the industry growing and changing, how do you spot these new trends?

It’s important to be educated, so attending things like the Craft Beer Conference or the Canadian Beer Course is vital. Getting together with the industry and seeing what’s evolving collectively. Really ensuring your finger is on the pulse, reading the articles, putting in the work, visiting and experiencing those cities that have that buzz about them, like Portland and Vancouver - just going and seeing what these breweries are doing. Always watching and going out and trying things yourself, being involved in the industry. Just by experiencing that you’ll naturally see trends develop. You have to constantly be involved in the excitement of new and innovating.

What do you envision for the future of the beer industry?

I feel that education is the new promotion. Knowledge is power. People want to know what they’re drinking, what’s in it, how it’s made. So I think that product knowledge and education will continue to be at the forefront because it’s such a large part of learning about beer, and learning how the craft beer scene has made an impact on the market. A lot more people are going to want to learn how to talk about the flavors and the ingredients that are in the beer. Since the introduction of the Pilsner style in 1842, the IPA has been the style that’s really rocked the beer world. I think the IPA-fication of the market is fair to say, and people are going to be really interested in that. At the same time there’s going to be balance. Well-made and well-crafted beer with simple and delicate flavor profiles are going to maintain popularity, while the growth will be in IPA.

What excites you most about International Beer Day?

I love International Beer Day because the message is all about thanking your local brewer, bartender, or the people that bring you the beer and the people that work in the industry. Really go out and appreciate all that they do but be sure to take a moment to socialize with beer. The craft explosion has been amazing and I think it’s such a great healthy thing for the beer market, but a lot of people are intimidated by it. So, this International Beer Day, socialize with your friends, try new things, experience new flavors and buy a beer for yourself or for a friend- it takes you back to the core of what drinking beer is about, inclusivity, socializing and having a good time. So relax, enjoy your friends, enjoy your favorite beer and enjoy the long weekend.
4.5
Score
Popularity
Activity
Freshness
Jeremy Gutsche Keynote Speaker