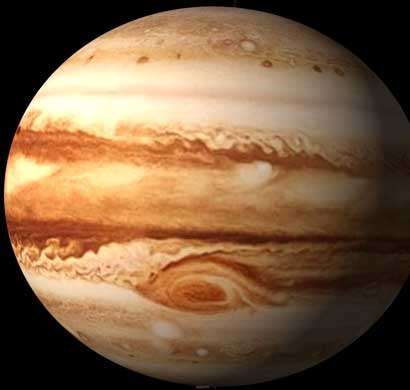 WASHINGTON, Oct. 11 (Xinhua) -- The highest wind speeds in Jupiter's Little Red Spot have increased and are now equal to those in its older and larger sibling, the Great Red Spot, according to observations with NASA's Hubble Space Telescope.

The Little Red Spot's winds, now raging up to approximately 400 miles per hour (about 645 km per hour), signal that the storm is growing stronger, said the NASA-led team that made the Hubble observations.

The increased intensity of the storm probably caused it to change color from its original white in late 2005 to red, the findings published by the team claimed on NASA's website on Wednesday.