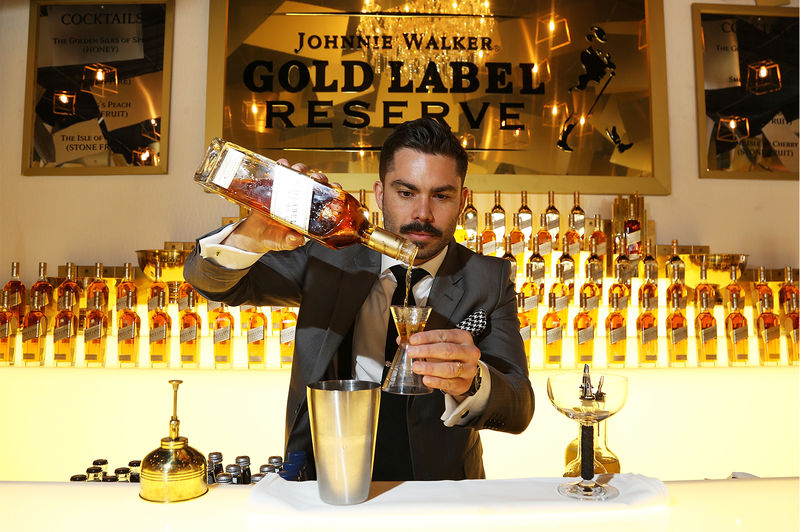 Joey Haar — January 17, 2017 — Lifestyle
References: johnniewalker & thespiritsbusiness
Share on Facebook Share on Twitter Share on LinkedIn Share on Pinterest
Johnnie Walker Gold Reserve is a whiskey offering that's challenging many connoisseurs' preconceived notions of Scotch whiskey categories. Though the liquor is a blend, its spate of awards and honors puts it on par with many highly regarded single malts.

According to its website, Johnnie Walker Gold Reserve is "the Celebration Blend, a personal creation of Master Blender Jim Beveridge." The name for the bottle isn't merely to signify its prestige. Part of the blend includes Clynelish Single Malt, which is created in a distillery fed with water from hills where gold was once discovered.