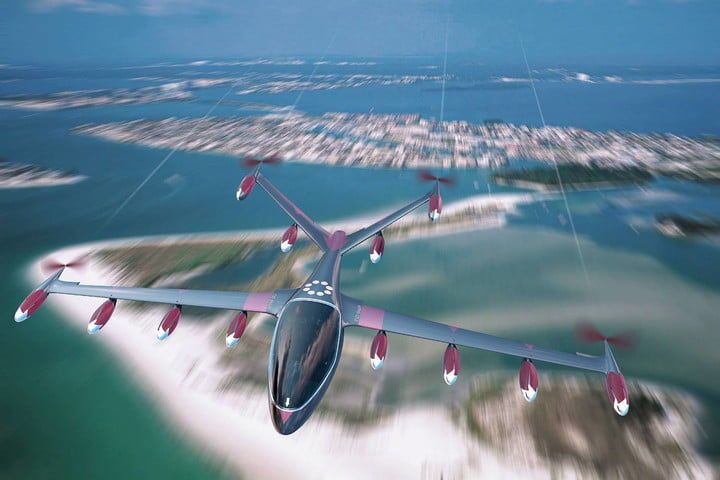 Justin Lam — February 2, 2018 — Tech
References: theverge & digitaltrends
Share on Facebook Share on Twitter Share on LinkedIn Share on Pinterest
Joby Aviation's Electric Air Taxi has recently received $100 million in funding thanks to support from brands like Toyota, Intel and JetBlue. The money received from these companies will aid the burgeoning aviation company in development of the company's air taxi prototype and will hopefully bring the tech to the public sometime in the near future. The funding will allow the company to hire 100 additional engineers to the team of 120, with every employee focused on building and designing the electric air taxi.

Joby Aviation's Electric Air Taxi has been a fairly secretive project for the company, but a few design specs have been released to the public. The vehicle will be capable of vertical take-off and landing and is expected to fly at twice the speed of a helicopter. The final design will be able to fit five and will be able to complete 150 miles of flight on a single charge. The aircraft aims to be 100 times quieter on take off and landing when compared to traditional aircraft. Additionally, it would function as a short range aircraft, hence the air taxi moniker, and hopes to be integrated into major cities as a form of fast travel.
3.7
Score
Popularity
Activity
Freshness
Jeremy Gutsche Keynote Speaker