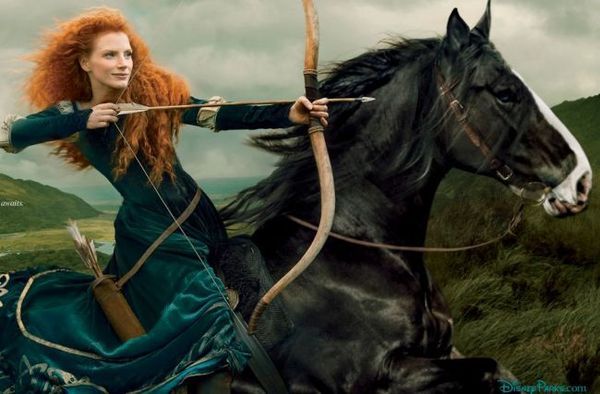 Meghan Young — January 11, 2014 — Marketing
References: disneyparks.disney.go & refinery29
Share on Facebook Share on Twitter Share on LinkedIn Share on Pinterest
The Disney Dream Portraits, which originally kicked off in 2007 with a portrayal of The Little Mermaid by red-headed beauty Julianne Moore, has casted fellow red-head Jessica Chastain as Merida. The perfect choice for the Scottish princess, the American actress does justice to the Disney character's love of adventure, independence and freedom. With a smile on her lips and a bow in her hands, she is captured riding a horse with ease.

Once again shot by famed photographer Annie Leibovitz, she beautifully immortalizes Jessica Chastain as Merida as she did with other actors and actresses in the past including Scarlett Johansson as Cinderella, David Beckham as The Prince and Rachel Weisz as Snow White. An accompanying video shows the process behind the fun photo.
3.2
Score
Popularity
Activity
Freshness
Get Better and Faster