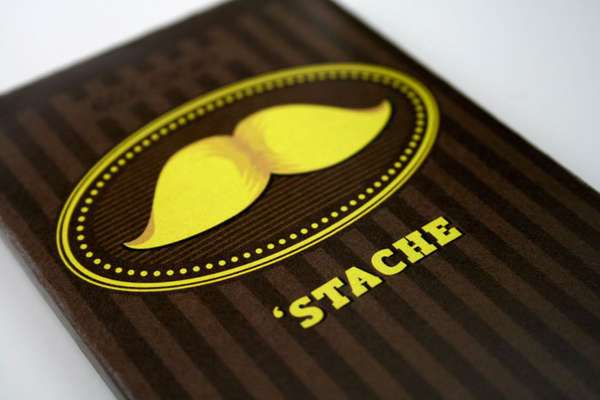 Ana Lopez — January 30, 2012 — Lifestyle
References: jennsager & thedieline
Thanks to charity movements like Movember and the hipster subculture, mustaches are now regarded as hip and trendy, which is why graphic designer Jenn Sager used the many historical traditions behind mustaches to create the branding identity of 'Stache Chocolate.' This delicious product comes in a manly packaging featuring a traditional handlebar mustache.

"I wanted to embrace and celebrate a trendy artisan chocolate by creating a package, using the most iconic symbol of the trendiest people I know," explains the designer in reference to a mustache. By glorifying the hip whiskers and those who sport them, Stache Chocolate tries to relate itself with a specific type of customer.

The Stache Chocolate found its market niche and developed its whimsical brand around it.
1.8
Score
Popularity
Activity
Freshness