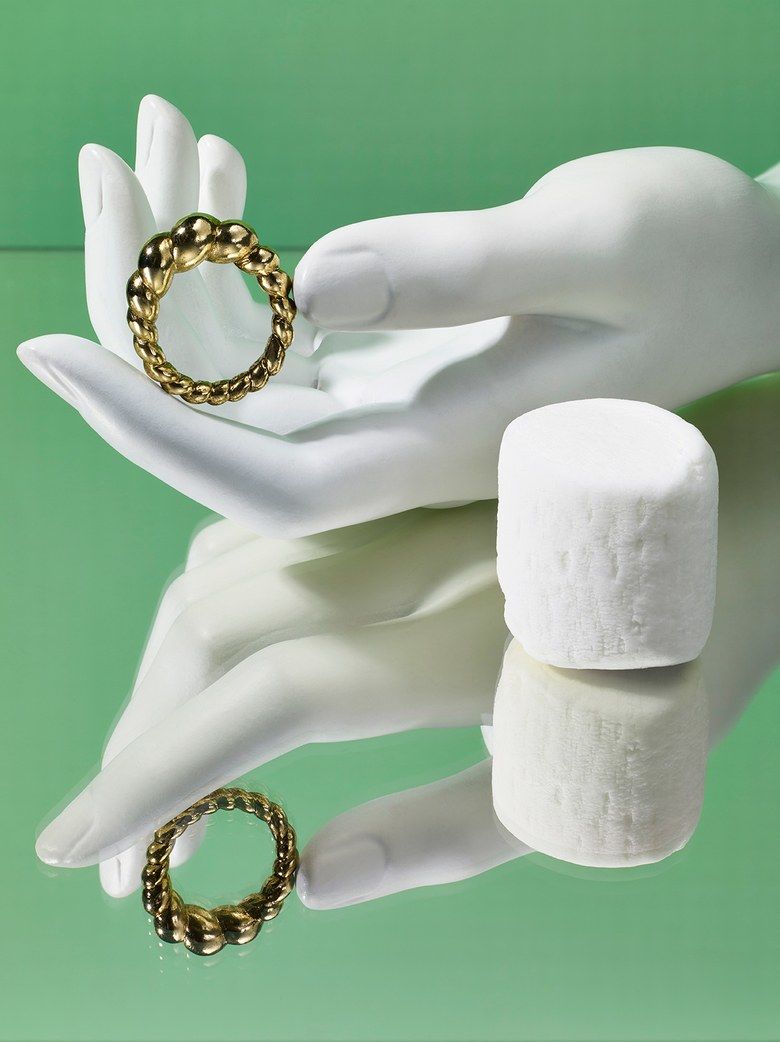 Amy Duong — January 18, 2018 — Fashion
References: jeanniekim & vogue
Jeannie Kim has previously worked in design for iconic fashion moguls such as Alexander Wang and Proenza Schouler, but has recently paved her own path in jewelry crafting.

Kim decided to launch her own brand of jewelry inspired by kkwabaegi, a Korean pastry that looks like a twisted donut. The designer stumbled upon this idea because she believes that there's nothing more attractive than a "pillowy baked good." When in discovery of different textures, Kim aimed to find something that would be appealing both visually and by touch. This brought her inspiration back to her childhood and Korean bakeries, with a favorite treat of hers being the kkwabaegi.

The collection was released earlier this month and the donut-like rings and earrings were the first designs. Since then, Kim has introduced daisy and poppy jewelry with unique antique materials of gold and silver.
5.8
Score
Popularity
Activity
Freshness