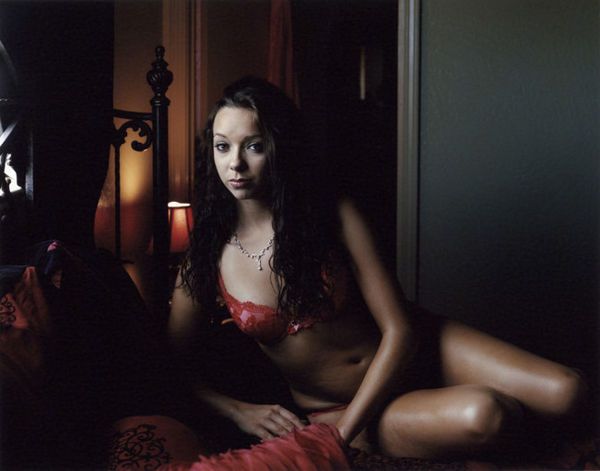 Kristina Marković — February 1, 2014 — Tech
References: janehilton & lifelounge.au
Share on Facebook Share on Twitter Share on LinkedIn Share on Pinterest
Often the only sides of prostitution the media and films portray are addicted, depressing worn out faces, and sleazy women, but photographer and filmmaker Jane Hilton's Precious series shows a different side. The English photographer and filmmaker has made a career out of taking photographs of women in the oldest profession.

Jane Hilton's Precious photo series explores and depicts the world of prostitution in a realistic way. She traveled to brothels in Nevada, the only U.S. state where prostitution is legal. In 2000, Hilton filmed a BBC series documentary at Nevada's Moonlight Bunny Ranch and Madam Kitty's Cathouse.

Jane Hilton's Precious series shows the faces of real prostitutes with real emotions worn on their faces, and the images of their surroundings and locations truly show what the reality of prostitution in Nevada is like. The women pictured range in age and appearance; some are single mothers trying to provide for their children, while others find the profession a refuge from abuse and addiction. The womens' stories are told through the powerful imagery.
5.2
Score
Popularity
Activity
Freshness
View Innovation Webinars