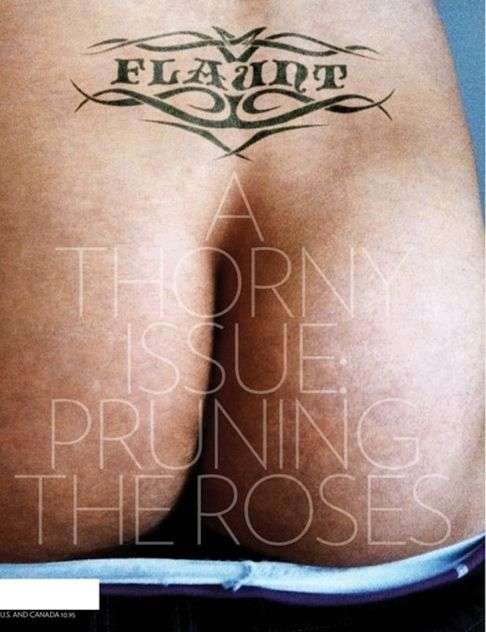 The shocking James Franco cover shows the bare bum of the rebellious actor. The less shocking other James Franco cover instead shows him from the front, and behind a school bench. In addition to the James Franco cover stories there is more in the Flaunt Magazine October issue. The editorial takes readers through the current educational ventures of James Franco. In a photo series and in a deep interview Franco talks about art, the film industry and his future place in both areas.

James Franco is a full-time student in various universities throughout the United States, enrolled in two masters and one Ph.D program. He is frequenting the MFA writing program at New York's Columbia University, studying film making at New York University's Tisch School of the Arts and was accepted to the English Ph.D. course of Yale, where he plans to teach further on.

Hopefully the rebel actor will not abandon his acting career, and will show audiences more of his well educated A-side, instead of what many see in the James Franco Flaunt Magazine cover.
4.4
Score
Popularity
Activity
Freshness
Get Trend Hunter Dashboard