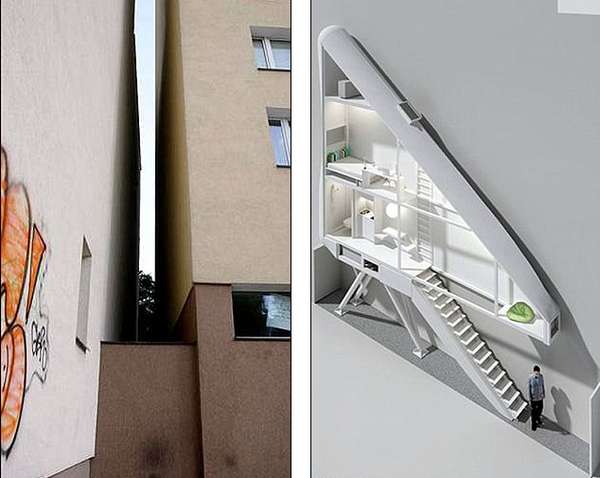 Meghan Young — July 10, 2011 — Art & Design
References: jump.dexigner & designbuzz
Share on Facebook Share on Twitter Share on LinkedIn Share on Pinterest
There have been some crazy house concepts designed here and there, but never did I think I would see the day when someone would actually create one in real life; that someone happens to be Polish architect Jakub Szczesny. He has designed the world's narrowest house, which is set to be constructed in the thin alley cradled between the tower block in Warsaw and the old tenement block in Poland.

Although that might be mind-boggling enough, Jakub Szczesny already has a resident lined up for his record-breaking structure. Although it was originally thought that Norman Davies, a British historian, was going to take up residence there, he turned down the offer. Now Etgar Keret, an Israeli writer, will be shacking up in Jakub Szczesny's narrowest house.
6.3
Score
Popularity
Activity
Freshness
Get the 2021 Trend Report FREE