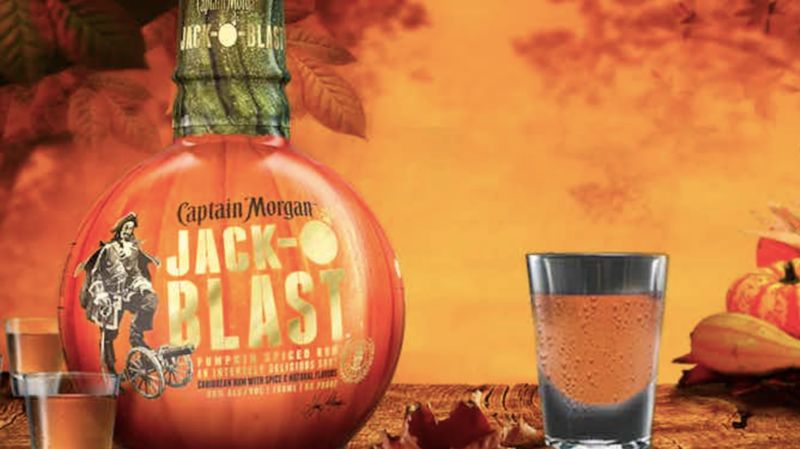 Katherine Pendrill — July 25, 2019 — Lifestyle
References: usptainmorgan & bustle
While consumers are sweating out the summer heat, Captain Morgan is ushering in fall with its new Jack-O-Blast rum. Just as the name suggests, this pumpkin-flavored rum pairs well with all your jack-o-lantern carving activities.

Captain Morgan Jack-O-Blast is a pumpkin spice rum in a clever pumpkin-shaped bottle. As the brand explains, "The latest shot from the Captain delivers seasonal flavors of pumpkin spice mixed with your favorite spiced rum." The brand also advises enjoying the seasonal rum as a chilled shot or in your favorite fall cocktails. You can even start enjoying the autumnal rum immediately, as Jack-O-Blast is already available in select stores.

Though summer is still very much in full effect, brands such as Captain Morgan have begun offering festival fall products far ahead of September to drum up buzz and excitement.

Sherry Cask-Aged Rums
The Angostura No. 1 Oloroso Sherry is Limited to 16,200 Bottles