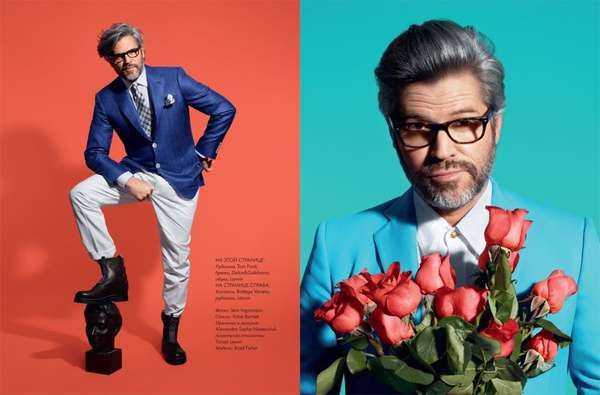 The 'It's Official' Helen Marlen Magazine Editorial is Vivid

Proving that style only gets better with age, Brad is a vision in black, white, navy and bold turquoise suits. Tailored to perfection, the ultra cool 'It's Official' Helen Marlen magazine editorial is lensed by Jens Ing­vars­son. The photographer captures Brad against a series of vibrant backdrops.

Brad is prim in plaids, chic in checkers and polished in pinstripes, sporting a slew of designer looks styled by Katie Burnett. Donning pieces from Tom Ford, Salvatore Ferragamo and Gucci among others, the model is the epitome of sharp and sleek.