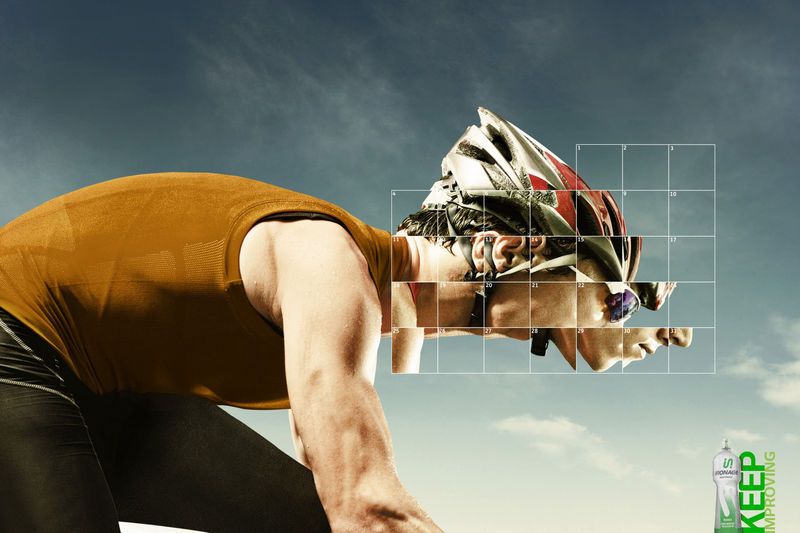 Meghan Young — July 1, 2014 — Lifestyle
References: yr & adeevee
Share on Facebook Share on Twitter Share on LinkedIn Share on Pinterest
The face of sports, as represented by a serious cyclist, swimmer and runner, is pixelated into a traditional calendar to better illustrate the slogan of the Ironage Keep Improving ad campaign. It turns their heads into a chart of sorts in order to show their improvement over the course of a month. By the end of it, they are much stronger and faster than they were at the beginning.

The Ironage Keep Improving ad campaign was conceived and executed by the ad agency branch Young & Rubicam, which is based in São Paulo, Brazil. Creative directed by Rui Branquinho, Flávio Casarotti, Marcelo Fedrizzi and Rafael Merel, the motivating images were gathered from Getty Images. Since the Ironman races are taking place around the world, it is only natural this campaign would be launched now.