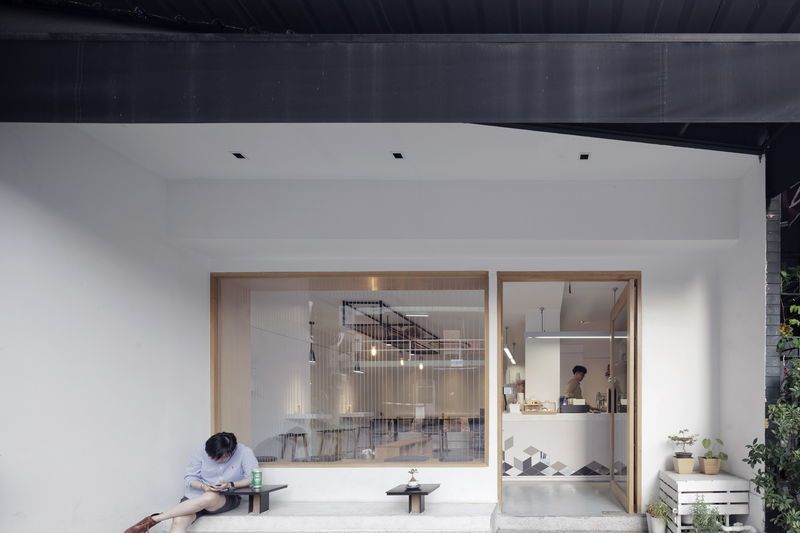 The Invisible Coffee Room has a Gradient Window

Joey Haar — May 26, 2018 — Art & Design
References: archdaily
Share on Facebook Share on Twitter Share on LinkedIn Share on Pinterest
There's something to be said for a sneak peek, no matter the thing that's on display, and the 'Invisible Coffee Shop' does an excellent job of creating the sense of tantalizing expectation that comes with a teased reveal. The Thai cafe has a single window that gives a glimpse into its interior, but that window is partially obstructed by a graceful gradient that moves across it horizontally.

To be sure, the Invisible Coffee Shop doesn't entirely obfuscate itself from the outside world, despite what its name would indicate. 'I Like Design Studio', the designers behind the project, opted to include a calming seating area in the front of the store. This not only gives patrons a place to relax but further adds an appeal to people passing by.