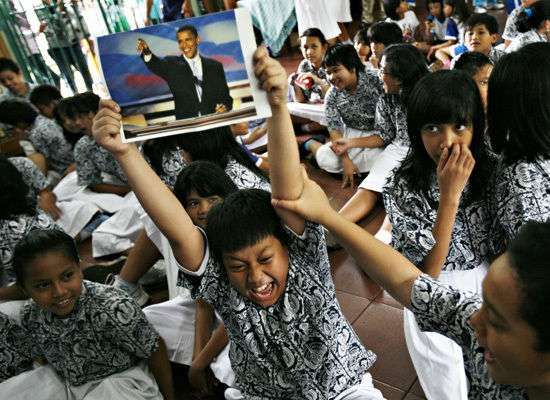 Considering the major role the United States plays in world politics, be it good or bad, it is no wonder people all over world were as involved and excited about the elections and the Obama victory as the Americans themselves.

Theses images capture everything from those dancing in the streets of Sydney, Australia and Kogelo, Kenya (where Barack’s step-grandmother Sarah Obama lives), to excited young students at Obama’s former school in Jakarta, Indonesia.

34 Modern Voting Innovations
From American Idol to Other People's Dates