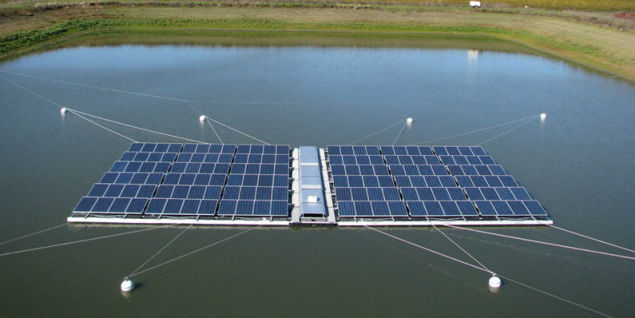 Rahul Kalvapalle — July 30, 2014 — Eco
References: kseb.in & gizmodo
Share on Facebook Share on Twitter Share on LinkedIn Share on Pinterest
A proposed floating Indian solar plant could be constructed on a 1.27 million square meter floating platform by the end of 2014, with the capability of generating 50 MW of power. The proposed project is part of a global expansion in solar power projects.

While India doesn't have scorching hot wastelands in which to install such plants, it does have large stretches of water bodies which get plenty of sun.

Floating the Indian solar plant on water, while sounding complicated, will actually save costs as land in India is extremely expensive. Building the plant on a floating platform will allow both the government and energy companies to save cash and land.

Importantly, the project will not have much of an impact on the water bodies' ecology. In fact, the installation of the solar panels will reduce evaporation, helping preserve water levels during the hot summer.
5.4
Score
Popularity
Activity
Freshness
View Innovation Webinars