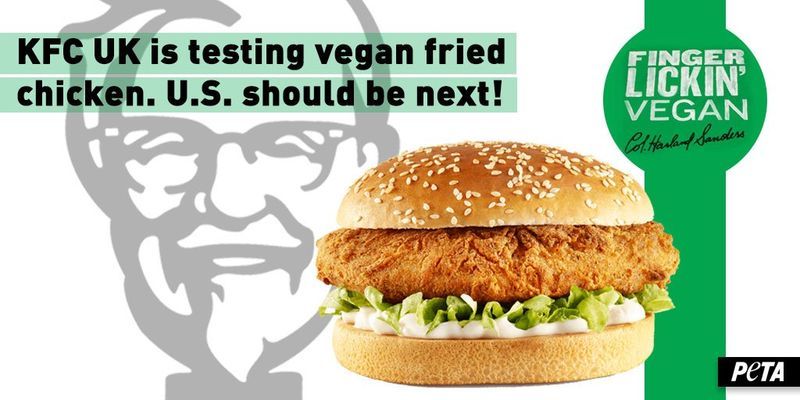 KFC's new Imposter Burger is a vegan version of the chain's classic Original Recipe Fillet Burger. According to the brand, "KFC's customary real chicken breast fillet is replaced with a bespoke Quorn fillet, coated in the Colonel's Original Recipe herbs and spices, topped with fresh iceberg lettuce and creamy vegan mayo in a soft glazed bun." In other words, it's a vegan-friendly take on fried chicken.

The quorn-based patty is currently being testing in the UK at locations in London, Bristol, and the Midlands.