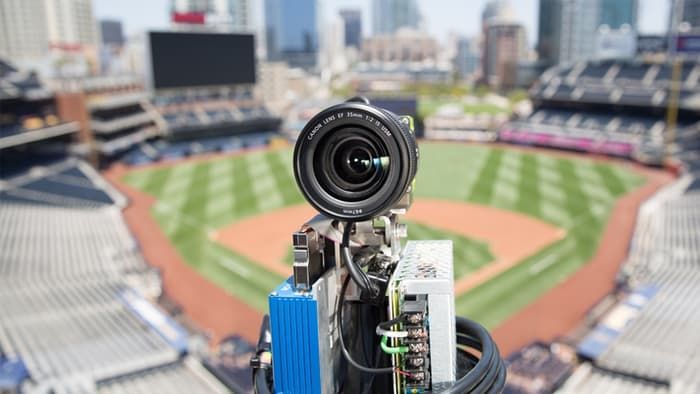 The MLB is Bringing Immersive Replays to Its All-Star Game

Joey Haar — July 12, 2016 — Tech
References: newsroom.intel & gizmag
Share on Facebook Share on Twitter Share on LinkedIn Share on Pinterest
For baseball fans unable to make the trip down to San Diego for the 2016 MLB All-Star Game, newly introduced immersive replays will bring viewers even closer to the action -- and without the risk of getting beaned by a Johnny Cueto fastball. The 360-degree replay technology, developed by Intel, has previously been used in sports during the NBA's Dunk Contest, but this is the first time it will be used on America's pastime.

The immersive replays at the All-Star Game are captured through 28 cameras placed strategically around the ballpark. Rather than capturing images with regular pixels, however, these cameras use 'voxels,' or 3D pixels that incorporate volume. Using Intel's speedy processors, the 360-degree replays are generated quickly, allowing viewers to re-watch their favorite plays from whatever angle they choose, right after they happen.
3
Score
Popularity
Activity
Freshness
Get Better and Faster