Side Table Sofas
Next
Set of
Related
Ideas 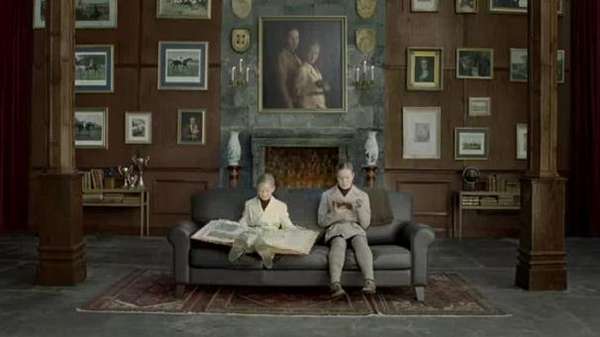 Katherinev123 — November 25, 2011 — Art & Design
References: ikea_ & psfk
Share on Facebook Share on Twitter Share on LinkedIn Share on Pinterest
Furniture shoppers love Ikea products for their affordability, stylish design and perhaps, as these 'Ikea Sofas' ads suggest, for their versatility. The Swedish furniture brand has released a series of amusing commercials in an attempt to show that its couches can look great just about anywhere.

Created by agency Forsman & Bodenfors, the Ikea Sofas ads comprise three spots, which are time-lapse videos featuring how Ikea sofas can be adapted to different situations and spaces -- for example, a castle with children and a pony. Another ad shows an Ikea couch in an orangery (greenhouse) while the characters make apple cider, and the last spot shows an artist with an Ikea sofa in her studio.

The Ikea Sofas ads were directed by RBG6 and produced by Aspekt.
3.5
Score
Popularity
Activity
Freshness
Get Trend Hunter Dashboard