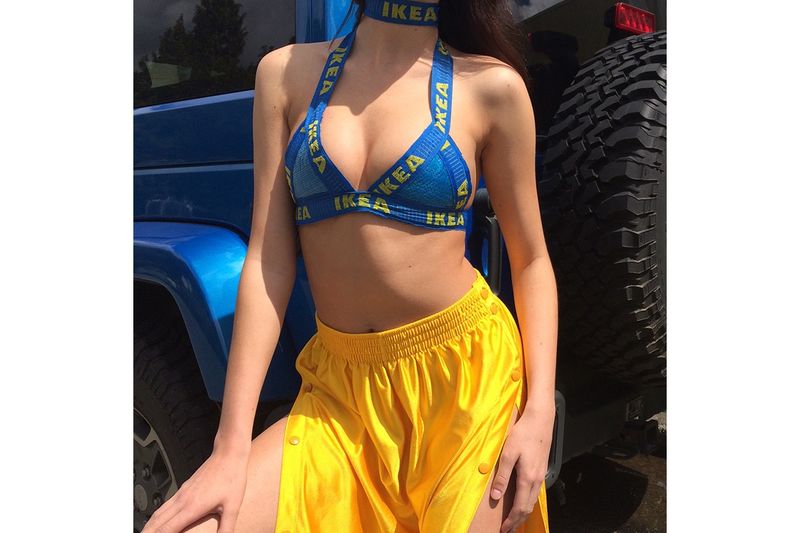 Riley von Niessen — May 15, 2017 — Fashion
References: frankiecollective & hypebae
It seems that brands and creatives have no plans of halting their parodies of Balenciaga's utilization of IKEA as a high fashion accessory-- with one of the latest iterations coming from the Frankie Collective, which launched a surprisingly stylish IKEA bralette.

Similarly to other recent examples who've used IKEA for inspiration, the bra makes use of the iconic Fratka Bag, which the Swedish furniture giant offers in-store so its consumers can pile on loads of its smaller items onto their shoulders. Although the blue waterproof material that comprises the bag is used for the IKEA bralette, the majority of it is made up of the branded straps that feature the furniture giant's name in bright yellow lettering.

Currently, the IKEA bralette can be pre-ordered from the Frankie Collective's website, where the exclusive drop costs just $40 USD.
7.2
Score
Popularity
Activity
Freshness