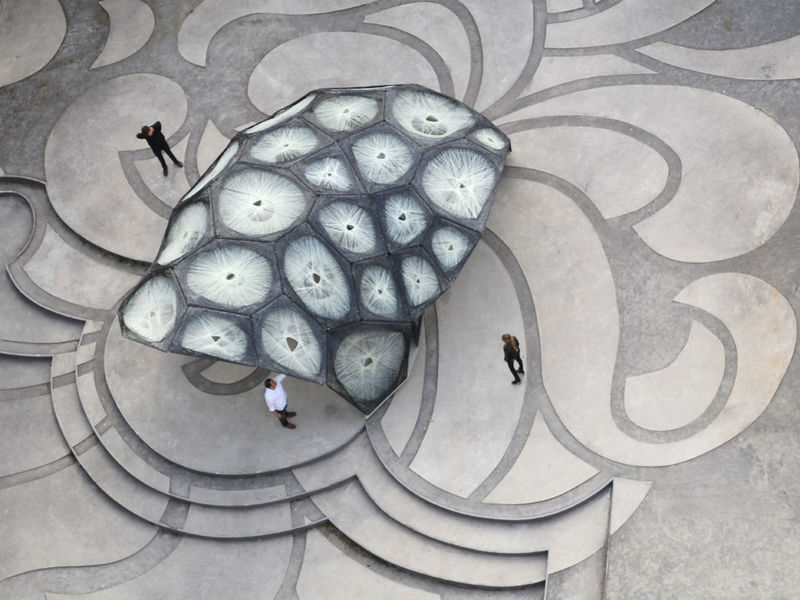 The ICD ITKE Research Pavilion is Modeled After a Flying Beetle

Meghan Young — December 2, 2014 — Art & Design
References: hypebeast & wired
Share on Facebook Share on Twitter Share on LinkedIn Share on Pinterest
With every new year, the ICD ITKE Research Pavilion appears to get more and more elaborate. For this year, there were no exceptions. Modeled after a flying beetle, the structure is full of intricate and whimsical details that will boggle more than a few minds. Made out of glass and carbon fiber, it looks like something from an alien planet and not made by humans.

The catch is that the ICD ITKE Research Pavilion wasn't actually made by humans. Although designed by researchers from University of Stuttgart’s Institute for Computational Design, it was actually built by a robot. With its help, the team wove "individual fibers on top of each other, forming a connection from the top layer to the bottom layer. This results in a mesmerizing web-like pattern that’s remarkably robust," writes Wired.
1.7
Score
Popularity
Activity
Freshness
Attend Future Festival Virtual