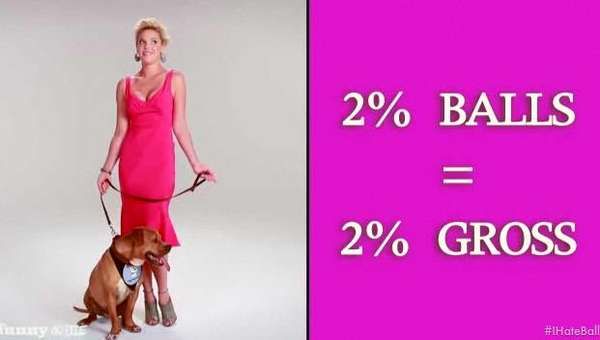 In this funny PSA produced by Funny or Die, the 33-year-old actress tells the world that the reason she strongly encourages people to neuter and spay their pets is because she really just hates testicles...a lot. Heigl, a natural at goofy comedy, says, "Unfortunately I can’t cut the nuts off human men — yet. So I’ve dedicated my time to the neutering of dogs because that’s legal." Heigl's hubby, musician Josh Kelley, also makes a brief appearance in the PSA.

The 'I Hate Balls' PSA goes hand in hand with the launch of IHateBalls.com, where people can buy 'I Hate Balls' merchandise; proceeds from the sales will go to the Jason Debus Heigl Foundation.
0.6
Score
Popularity
Activity
Freshness
Jeremy Gutsche Keynote Speaker