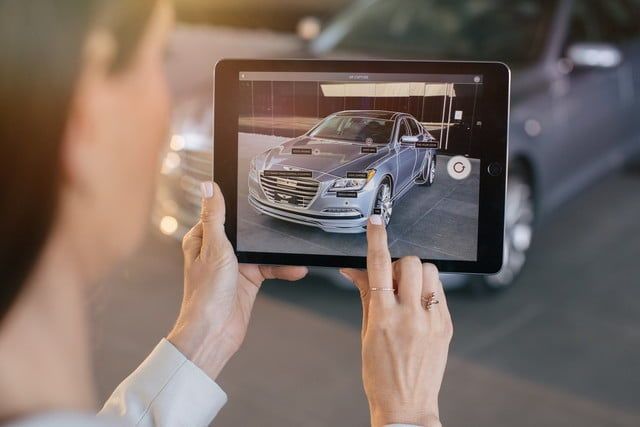 The Hyundai Genesis Virtual Guide Has Moved Out of the Glovebox

Joey Haar — August 7, 2017 — Autos
References: itunes.apple & digitaltrends
Share on Facebook Share on Twitter Share on LinkedIn Share on Pinterest
Though cars are fundamentally the same as they've been for decades, the Hyundai Genesis Virtual Guide shows that the automobile industry is making huge leaps. The document effectively replaces the standard material owner's guide that comes with most cars, turning it into a virtual guide that makes it easier to search for information.

The basic concept of driving is much the same as it's been for almost a century. Road rules remain largely the same, and driving itself is more or less a matter of pressing the gas and steering the wheel. However, the cars themselves have gotten far more complex, and owner's manuals have gotten thicker in kind. With the Hyundai Genesis Virtual Guide, drivers can get all the information they need through a searchable, augmented reality interface.
3.7
Score
Popularity
Activity
Freshness
View Innovation Webinars