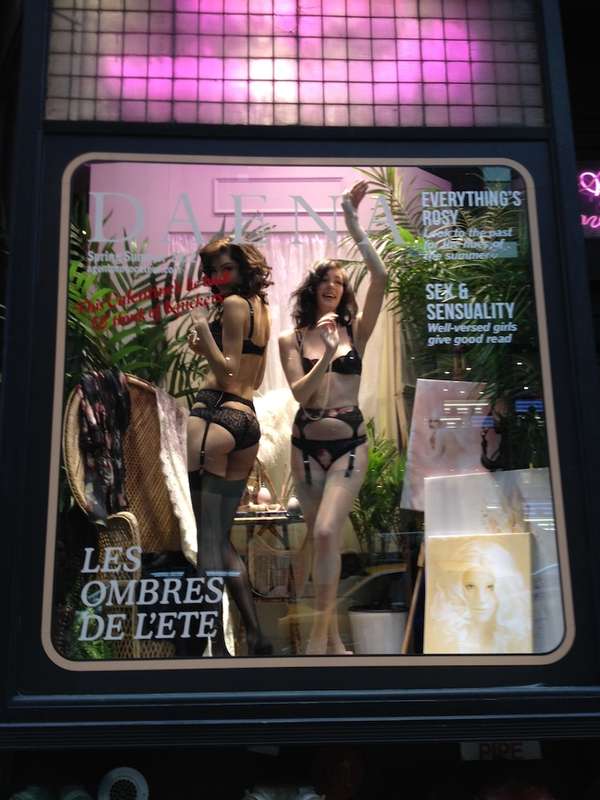 At first glance, it's hard to tell whether the women are real or not. Covered in a white powder, they look as though they are fake, but then a deeper look at their expressions makes one take a second look. The revealing factor is when they move and strike a different pose.

It's hard to be certain if this method is cost effective for Agent Provocateur, but as a business model, the female mannequins sure make viewers want to try on the lingerie. Not only do viewers see what the nickers look like on a real woman, but the women exude a sense of happiness, making potential buyers feel the love associated with the clothing.
4.5
Score
Popularity
Activity
Freshness
Jeremy Gutsche Keynote Speaker