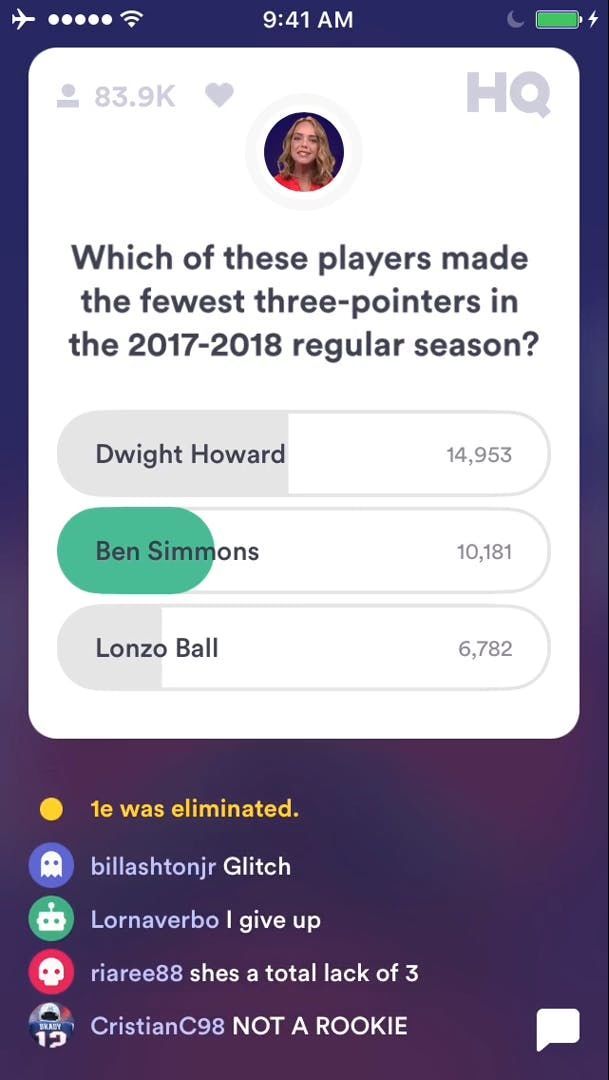 'HQ Sports' is a Sporty Version of the Hit Trivia Game

Joey Haar — June 4, 2018 — Tech
References: itunes.apple & producthunt
Share on Facebook Share on Twitter Share on LinkedIn Share on Pinterest
HQ Trivia has brought trivia back into popular culture, rejuvenating the game from the more senior realm of Jeopardy! and Trivial Pursuit, and the app is looking to expand further with the newly announced HQ Sports app. As the name suggests, HQ Sports is a trivia game devoted entirely to sports questions, giving users a more focused game to try their wit at.

While HQ Sports is currently designed to function virtually the same as HQ Trivia, only with a focus on sports rather than general trivia, the impetus for its introduction might auger expansion in the future. The Supreme Court of the US recently approved states' rights to legalize sports betting, and the choice to focus in on sports with a game in which users stand to win money, as is the case with HQ Trivia, could be a move toward more direct gambling in the future.
1.8
Score
Popularity
Activity
Freshness
View Innovation Webinars