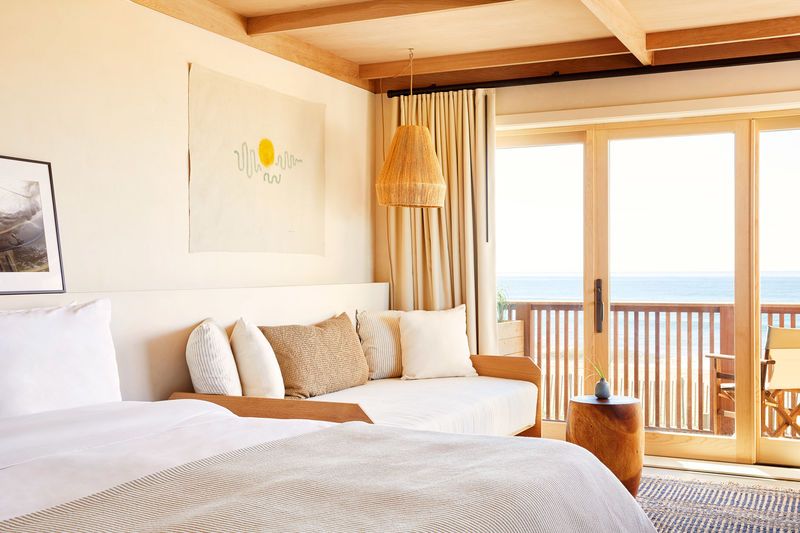 This Hotel in Montauk is Renovated by Studio Tack and Bridgeton

Kalina Ned — September 16, 2019 — Art & Design
References: marrammontauk & dezeen
Share on Facebook Share on Twitter Share on LinkedIn Share on Pinterest
Marram is a hotel in Montauk, New York that was recently updated to mirror the aesthetic of its location better. The hospitality institution has a total of 96 rooms, as well as a cafe and a freshwater pool. The project is overseen by design firm Studio Tack and is commissioned by hospitality company Bridgeton.

The aesthetic of the hotel in Montauk is quite uniform, with all the rooms assimilating a similar language of design. To better connect Marram with its surrounding, Studio Tack employed a welcoming and cheerful palette that recalls the nuances of the sandy beach. The idea was to position the institution as a travel destination that has "both an innate and intimate sense of place."