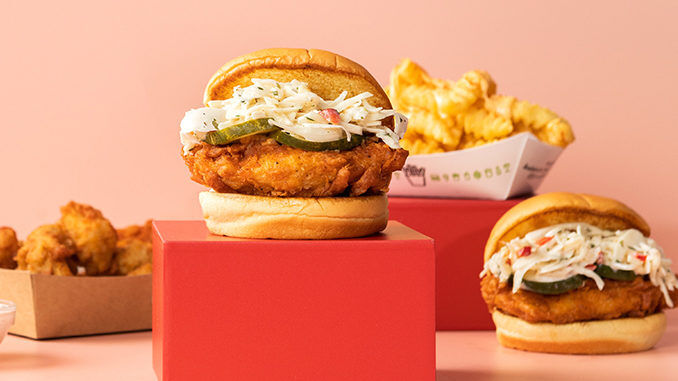 The Hot Chick’n Sandwich is Back at Shake Shack

For a limited-time, Shake Shack is rolling out the 2020 Hot Chick’n lineup. The new lineup includes the return of the fan-favorite Hot Chick’n Sandwich, which starts with a crispy, buttermilk-marinated, antibiotic-free chicken breast that's been dusted with a blend of hot guajillo and cayenne pepper spices. This spicy chicken patty is then topped with the brand’s signature cherry pepper slaw and pickles, all served on a toasted non-GMO potato roll.

To accompany the Hot Chick’n Sandwich, Shake Shack is also offering the Hot Spicy Fries and Hot Spicy Cheese Fries—both of which are dusted with the same hot guajillo and cayenne pepper spices. There's also the new Hot Chick’n Bites, which consist of all-white-meat hand-breaded chicken bites blended with the same seasonings, and served with your choice of ranch, BBQ or honey mustard sauce on the side.