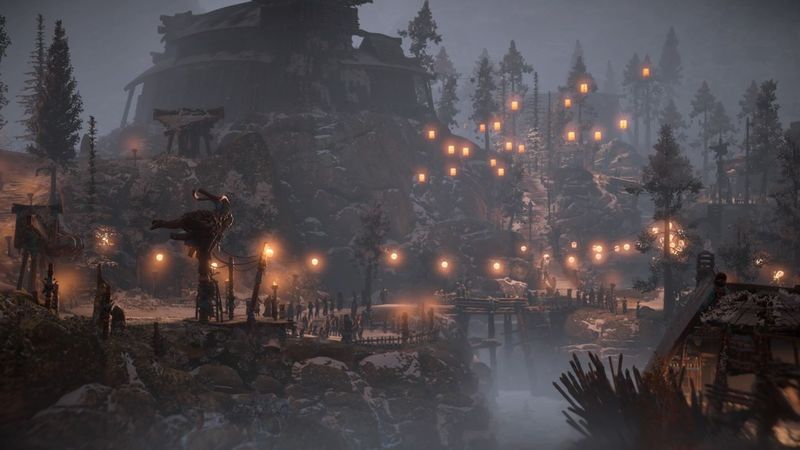 'Horizon Zero Dawn' is an Exclusive Release for Playstation 4

Joey Haar — February 21, 2017 — Tech
References: playstation & arstechnica
'Horizon Zero Dawn' is a new game for Playstation 4 being touted by Sony as one of the premier, exclusive titles for the system -- and for good reason. The game is a hit on all fronts, with incredible artistry, a compelling script, a creative storyline, and a completely new gameplay system that has been stunning critics.

In the broadest terms, the game is about a tribe that lives in a world inhabited by mechanical beasts. That mixture of atavistic landscapes and costumes with futuristic hybrid machinery is a fecund one, and the game takes clear glee in the juxtaposition of the two concepts.

In terms of gameplay, Horizon Zero Dawn has a completely unique system invented for this title. Players are introduced to the interface gradually, but after playing with the system for some time, they're likely to be impressed.
3.7
Score
Popularity
Activity
Freshness