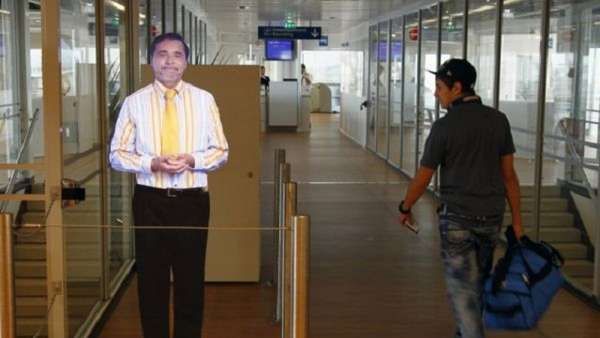 Although most international traffic has been routed to Charles de Gaulle, Orly remains among the busiest and most modern airports in Europe. In an attempt to add even more futuristic flare to the already-impressive terminal, new holographic boarding agents will direct you to your check-in station and wish you a safe flight. The image is created by projecting a video feed onto a human-shaped piece of plexiglass, so it won't be moving around very much.

Thus far, the holographic employees have curried favor among the airport's passing wayfarers, especially children who "are attracted to it and try to play with it," according to Didier Leroy, the terminal's operational director. There's nothing quite like receiving well wishes from a projected video, is there?
2.5
Score
Popularity
Activity
Freshness
View Innovation Webinars