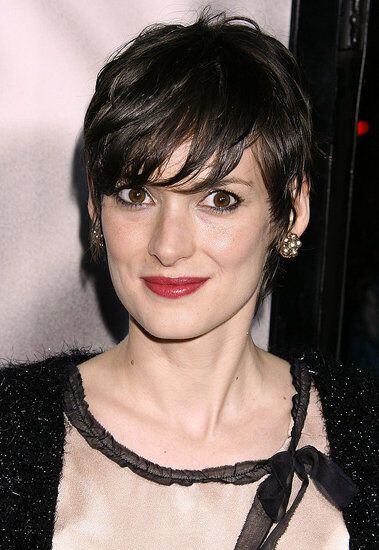 Ayman — November 20, 2008 — Celebs
References: laineygossip & trendhunter
Share on Facebook Share on Twitter Share on LinkedIn Share on Pinterest
Pixie hair is experiencing a revival in Hollywood these days. It started recently with Victoria Beckham and soon her friend Katie Holmes was sporting the short do as well. Now, movie star Winona Ryder is jumping on the bandwagon. Granted that out of the three, Winona should be considered the original pixie, but that was many years ago.

Winona Ryder debuted the extra short do at the Hollywood premiere of ‘Milk’ by director Gus Van Sant.