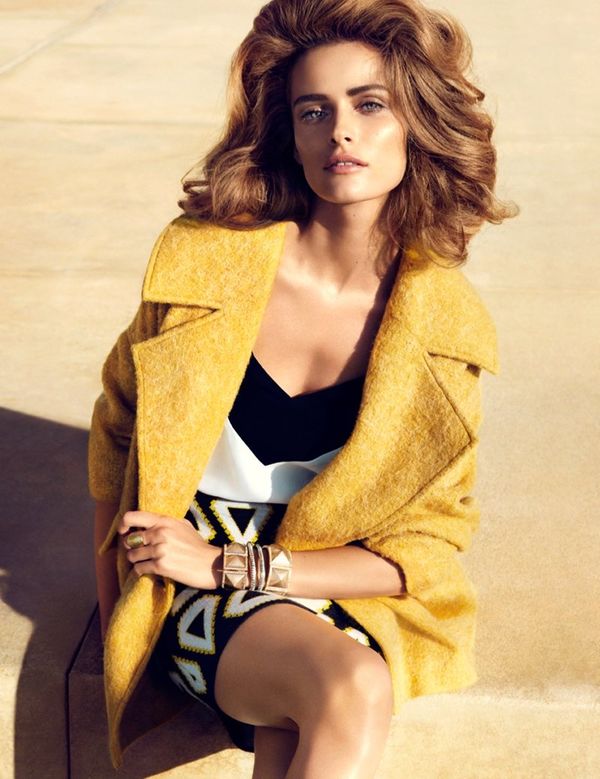 Meghan Young — January 7, 2014 — Fashion
References: hm & fashiongonerogue
Share on Facebook Share on Twitter Share on LinkedIn Share on Pinterest
The looks featured throughout the H&M Spring 2014 Key Pieces online ad campaign are femininely bold. Although they could easily be described as ladylike and left there, there is an edginess to each piece that is due in large part to the use of bright accent colors (mainly yellow) as well as adventurous patterns.