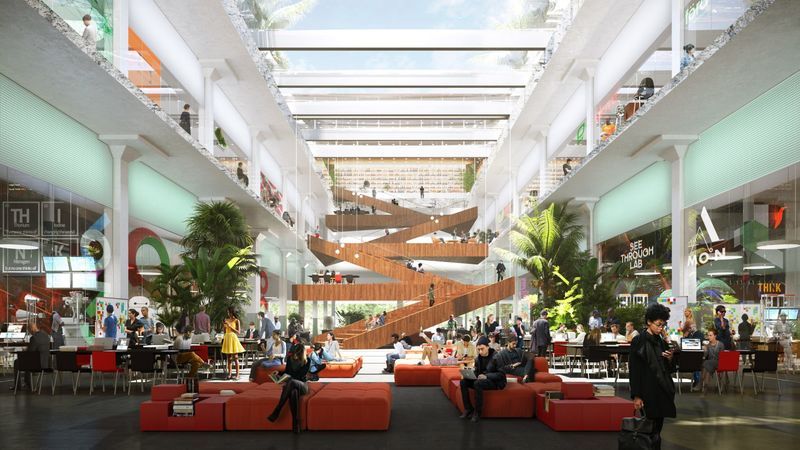 Kalina Ned — July 9, 2019 — Art & Design
References: oma.eu & dezeen
Share on Facebook Share on Twitter Share on LinkedIn Share on Pinterest
The Barbara Jordan Post Office at 401 Franklin Street in Houston Texas is a historic post office that is currently undergoing a radical transformation. OMA's New York outpost is commissioned by Lovett Commercial — a privately owned realty company, to transform the space into an entertainment complex that will boast "arts and music venues, entertainment spaces, creative workspaces, dining, and shops." Spaces like that are quite needed in urban areas, as they counter the vastly alienating effects of rapid city growth, as well as offer a place for creatives to express themselves and be received by the public.

In addition to all of this, the revived historic post office will boast what is considered to be "one of the world's largest rooftop parks and farms."