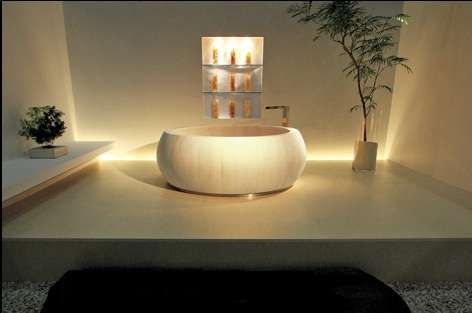 Their desire is "to spread in the world the concept of 'a brilliant life with furo' that Japanese people have inherited till now and we want to introduce this 'new project' that will build the future."

A furo, pronounced foo-row, is a Japanese bathtub or basin. Typically, a person sits in an upright position and soaks in hot bath water. The furos shown here are made from high-quality, Japanese Cypress wood.

Cypress has long been known and used for its healing affects and is a popular choice in alternative healing products such as essential oils. It's also a natural insect repellent. Due to its natural healing properties and beauty, and with more and more people going “natural”, I can visualize this becoming a staple for many homeowners who value the world of bathroom luxury.
5.2
Score
Popularity
Activity
Freshness
Access Advisory Services
play_circle_filled